“As a reading aficionado I wanted to track which book I have read, but existing apps either had an outdated UI or poor privacy policies. Thus Boektrek came to life.” 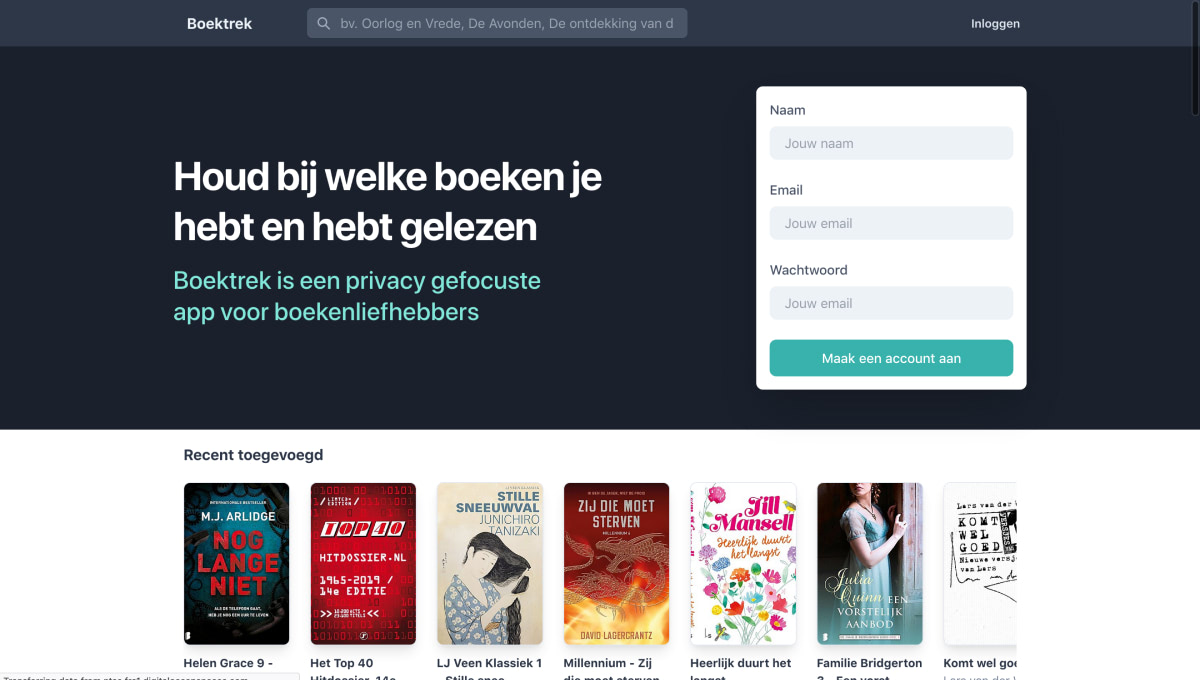 “Boektrek is an app to track which books you have and have read. There are multiple options for this already, but they either lack in their UI (outdated or clunky) or they are surveillance capitalists. Which books I read is really personal and I don’t want any big corporation snooping into that data.”

What was the most useful feature for you about Sjabloon?

“All of it! :) From the homepage design/theme to the billing integration and all the other little details. Though I have many years experience writing (ruby) code, Sjabloon was a tremendous help in getting started quickly. All the code is really well written and organised too. I love the content pages generator as it helps too really quickly add extra (SEO-friendly) content.”

How long did it took you to build this version?

“This very bare minimum (as of this writing) was done in a few days. Focussing on SEO at first. The feature set is minimal (as suggested by Sjabloon), and once I get more users I will extend upon these features. The app is built for the Dutch market, but with Sjabloon enabling I18n (this is a beta-feature, red.) adding more locales should be straight-forward.”

Where are you now with Boektrek?

“In the really early stages! :) I have focussed on making sure all detail pages of the books are SEO optimised and hoping they get picked up soon-ish. I know this is not done overnight. I’m also adding thousand new books into the database per week. Next will be contacting (known) Dutch authors to share their favourite books with their audience through a feature called public shelves.”

Where can we learn more about Boektrek?

Check out Boektrek at www.boektrek.com. I currently don’t have any other outlets I’m active on (see previous privacy concern ;)).