Buy a SaaS MVP (built with Ruby on Rails)

During my last vacation it came to mind that I had an RSS reader on my computer but hadn’t launched it in forever. That’s when I realized that it’s actually pretty hard to get such an app in your daily routine. 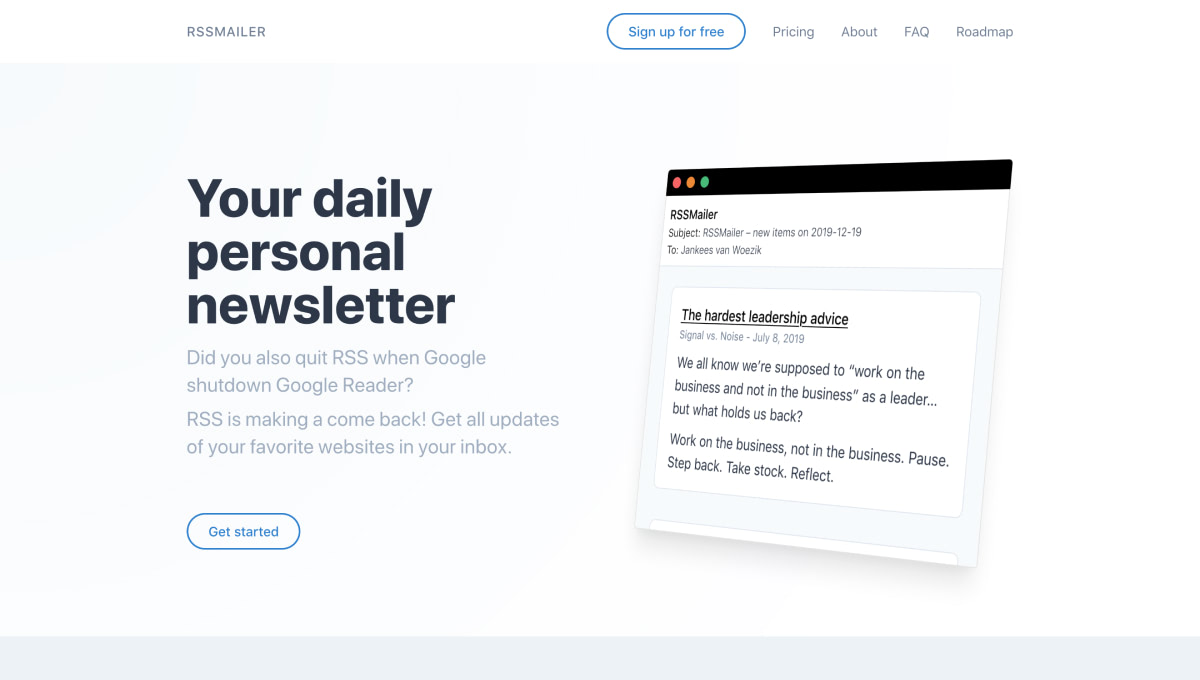 That’s why I made a web application, it’s an rss feed reader but instead of listing the new items in an app I send them by email.

What was the most useful feature for you about Sjabloon?

For me the design system was the most useful, Sjabloon provides a great starting point with the Tailwind CSS integration with is a delightful way to create pages in no time. The question ‘How is this going to look’ was quickly answered because the default home page is already pretty good looking.

How long did it took you to build this version?

My product started as something I wanted for myself, the first version that did what I wanted was completed in 2 full days of work. After that I polished the app a bit, I think I spent about a week on the project now. But since it’s a side project those hours are while travelling or when our child is sleeping.

Where are you at now with RSSMailer?

I would say I’m out of the MVP phase and I’m building on the project based on the initial feedback I’ve received. I got some great initial response and at the time of writing I have over 300 people that are using the product.

Where can we learn more about RSSMailer?

If you want to learn more about the product, go to RSSMailer.app or follow me on Twitter @jankeesvw. I’m building this product in public, and my todolist for this project is available on WIP. The statistics are also available for everyone at RSSMailer.app/open.